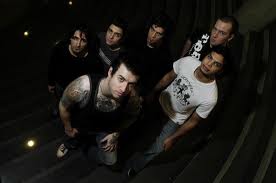 Of the blossoming sub-sub-sub-(sub?)-genre of djent there are three forerunners, that is three fairly well known names/bands that are leading the curve, Cloudkicker (which I've already gone into), Animals As Leaders, and Periphery. Djent, for the majority that don't know (I just recently discovered the term) is a new genre of progressive metal which the only continual classification I can find is that the guitars are frequently palm-muted. That's it. Other then that the only thing that is frequently seen (that I've noticed) is it's all pretty damn fast, a large selection of the groups are instrumental, and I'm going to be the first to throw out that it's got a splash of industrial mixed in. I don't think that the genre is big enough or has evolved enough to know exactly what it is, what makes it up, and what bands really fill the void (hell apparently Meshuggah is included some how). As time passes we will have more acts popping up to further describe the sound and style of djent, and I look forward to it, because the genre isn't half bad.

Periphery (the band) is very different then Cloudkicker (and probably Animals As Leaders as well but I haven't heard them yet), most notable in the fact that there are lyrics and a full band. Their sound - their version of djent - is a mix of thrash/NWOAHM, prog, industrial (track five, "Light," especially) and (I hate to say it) alternative or even (shudder) nu metal. I don't mean this description as an insult, as most of the songs come off quick and full of angst (vocally) like NWOAHM, but at least a couple songs remind me of my childhood/teen years, when alt-rock and nu metal were in their heyday. Whenever they ease up on the thrash beats and throw some emotion in I get that feeling. Sorry. 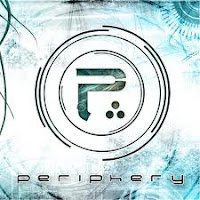 Periphery (the album) is... alright. A lot of the songs seem repetitive, for the most part moving only between two main styles, the more thrashy songs and the emotional alternative ones. Don't get me wrong, there are a few curves thrown in ("All New Materials" is one), but there is an obvious gravitation to a certain sect of sound. Again, not always a bad thing, if you like one song you're sure to like them all, but for people on the fence of their style (like me) it does tend to get a bit dull. The prog on the album is predictable, with only "Icarus Lives!" (with the humorous spoken word track) and "Racecar" bringing anything 'new' to the disc. The rest of the songs are just on the cusp of the progressive title - technically it is progressive, but only just. It seems to be an entry-level prog album, for fans of NWOAHM and thrash that want to take the baby-step into progressive music. It's not as daunting as Dream Theater or as self-aware as the classic King Crimson (not somewhere I'd start if you don't know anything about progressive music), but it is progressive, in it's own way.

The band (and the genre) shows merit, and makes me want to hear more from their sonic colleges. The website for all things djent, got-djent.com, has an ever-growing list of bands and albums that are included (some how) into this new movement. If you find yourself lusting after more, but don't know what acts to get, look there, they will help.
By The Klepto at 12:00 PM
Email ThisBlogThis!Share to TwitterShare to FacebookShare to Pinterest
Tags: *Weekly Dose of Prog, #Djent, #Progressive Metal, Periphery

I've been reading some of your reviews and I've managed to agree with you with the majority of them but this review was the first exception, so I decided to drop a comment.

I don't know what your actual opinion on the album is but through the review I concluded that you think of the album as an average product of music. The sheer musical talent on this piece of work is incredulous and I don't know how you can even find the songs repetitive. The vocals are outstanding and the technicality provided in the guitar handling and drumming shouldn't leave anyone too cold.

In comparison with other djent artists Periphery strikes as a true pioneer of the genre. If you give a chance to artists such as Monuments, Vildhjarta or Uneven Structure, you'll notice how much higher Periphery stands over them. Naturally Cloudkicker and Animals As Leaders (I seriously recommend their '09 release!) are up there with Periphery.

Give the album another chance, it's a grower!

I read the first sentence of your comment and braced myself for a hate speech, because that's how they all start. I'm happy it didn't happen that way (ha).
Anyway I guess you're right with your concerns/comment, I think it's just because I'm new to this whole djent thing. Hell I hadn't even ever heard of it a month or so ago, so I can't claim to be a master. The only act I've heard often (and before I knew it was djent) was Cloudckicker, but even in my review of his music I said I love the EPs way more because the LPs tended to get a bit boring.
I think I'm just used to traditional , as in the more established acts and bands. This new direction will take a little bit to get used to.
I have Animals As Leaders' album, so I'll give that a spin here in a bit, but I don't have any other djent acts, I never even heard the three bands you listed here.
I need more time with the genre.

Heh, I don't see the point in bashing someone for their opinion in musical releases. ;)

Yeah, I'm not too familiar with the genre myself either. I mean, I have so 'experience' with most of the artists but I'm still not sure whether I should even call djent a genre. I like to think of the djent bands as just mathcore/prog metal bands with a distinctive sound. But well, the more I've listened to them, the more I've learned to enjoy them.

I can see where the genre is enjoyable and how it may grow on me, but for now I'm going to stick with what I know. Not that I'll stay away from anything djent, but I already have enough music sitting before me to really foray into a whole new genre of sound.