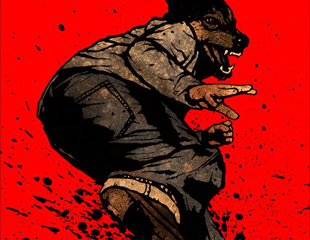 With a band like Crippled Black Phoenix, I know of no way to accurately describe their sounds - both off past albums as well as current ones. Their music is different on each release, but somehow keeping the core 'feel' of CBP all the same. If I had to make a stab at labeling them (as I've attempted before), they are a blend of post-metal, ambient sounds, doom, and folk, into an one-of-a-kind sound.

I put Crippled Black Phoenix's release last year, I, Vigilante, on my 'Top 20 of 2010', a choice I still stand behind. While their earlier albums had a slight problem of uniformity (songs were often jarring in combination with the album as a whole), I, Vigilante was a much more accomplished work. I think this is due to the smaller track-listing off that album then the others, with only six songs while most of their other releases are over ten. This more concise selection, 'trimmed the fat' of their previous releases, with little truly ambient songs and sections then otherwise seen, and it is in this direction I hoped the band would have followed.