Well this list began at 10, and then quickly grew to over 30 as I chose the best albums from 2010 in my vast collection. I've spent some time in whittling away at the list, trying to scrape it down to 10, and after i realized that was going to be impossible (too many categories to think about), I split the difference and decided on 20 - perfectly doable, without leaving too many great albums out of the cold. While this listy was still supposed to be only 10 albums, I was going to post one a day, from the 21st to the 31st, with a full-length article about each one. Because I upped it to 20, and because I didn't get a proper jump on this project, and also because I haven't even finished all the albums I wanted too before compiling the beginnings of this list, I am going to release it in four segments, five albums within each. Each album will have a short synopsis but that is all.
These lists aren't in a real order, it was too much effort just to get the list to 20, let alone order it in some fashion. It's all in alphabetic order; that's how I like it, that's how I'm keeping it. 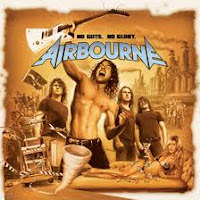 1. Airbourne - No Guts. No Glory.
Airbourne does it again. Another balls-to-the-wall 80s throwback rock and roll classic. While not as groundbreaking as their first, Runnin' Wild, No Guts. No Glory. was a great release; following the mantra 'if it ain't broke, don't fix it.' I really need to hear this one again, the last time being over six months ago, but don't worry the sound still carries. If you have heard their first album, then you will like this one. If you're a fan of the late 70s/early 80s simplistic rock (AC/DC, KISS to some extent) the you have found your replacement band for those times of fond memories. Rock n' roll at its finest. 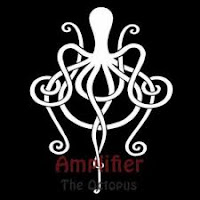 Just heard this one, and wrote up a little ditty within one of my 5 Quick Album Reviews, so it's all fresh in the mind. I like Amplifier and all they do. Their sound is constantly shifting between releases, with this one being no different. With The Octopus, the Englishmen detach themselves from their prior-alternative standing, jumping out deep into the world of progressive rock. While certain songs and segments tend to draw out, or get sucked too far into the psychedelic, I put this one on here because of the amazing growth this group has had over the past decade. I can't wait to hear where they go with their next album. 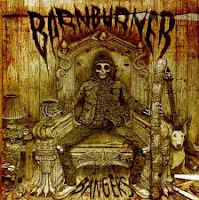 3. Barn Burner - Bangers (See Review)
Another group and album that I just heard and reviewed. Barn Burner is a no-holds-barred stoner rock and roll ride of excitement and exhilaration. While they don't play anything really over the top and special, what they do play is still pretty damn good. If you like one song you're going to like them all, and that is never a bad thing. I'd like to hear some more variance from the group in the upcoming years, but honestly if they release another album of the same caliber as Bangers, I'd be a happy little metalhead. Also, as a side note, does this album cover look anything like Goblin Cock's debut? The resemblance is uncanny, and I don't know if that was on purpose or simply an accident. Oh well, I think the artwork is sweet regardless. 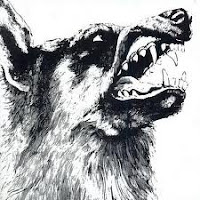 4. Crippled Black Phoenix - I, Vigilante
I want to, no I NEED to, listen to this one again. Crippled Black Phoenix came to me out of left field with their experimental sounds and themes. While each album is independent of the rest - that is the crux of experimental groups, no two albums are the same - I, Vigilante does everything right. As I already wrote about the group and their history as a whole, I don't want to get too much into that. Instead I want to say what this album does, and why it needs to be on everyone's 'Best of' lists. I, Vigilante is more focused then their previous releases, subbing in the strong ambient sounds of their earlier works, for a more progressive doom style. The songs have a much more strong underlying theme, and a song structure actually exists for most of the songs. While Crippled Black Phoenix's experimental side is still present, it is hemmed in a bit, making this album much more accessible to the masses. If I were to number these albums of this year, I, Vigilante would be in the top 5, easily. The most truly unique album of 2010. 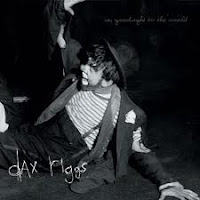 5. Dax Riggs - Say Goodnight To The World
I loved We Sing of Only Blood or Love, Dax Riggs' first true solo album (not counting If This Is Hell, Then I'm Lucky, which was first released by Deadboy & the Elephantmen, another band Riggs fronted), and so I love Say Goodnight To The World. His style of 'dark acoustic,' which you know is the term I coined just for this style of music, I find refreshing and deeply chilling. While I have listed to his first solo much more often, I have had this album on my radio a few times in the past months. I think is voice is a national treasure; the variety of sounds ans styles that comes from it is nothing short of a miracle. I could listen to his voice, in all his projects (Acid Bath, Agents of Oblivion, Deadboy & the Elephantmen, and solo), all damn day. I really wanted to see him on tour last month, but I couldn't get off work and honestly I have no friends who are into anything remotely close to this style of music. It isn't metal, punk, rock n' roll, or anything in between; it isn't anything close to popular music, and so it's hard to find co-supporters of this style.
By The Klepto at 12:00 PM
Email ThisBlogThis!Share to TwitterShare to FacebookShare to Pinterest
Tags: *Top 20 of 2010, #Doom Metal, #Experimental, #Metal Acoustic, #New Rock, #Progressive Metal, #Progressive Rock, #Stoner, Airbourne, Amplifier, Barn Burner, Crippled Black Phoenix, Dax Riggs

Some really great albums so far. I really like that Dax Riggs as well.