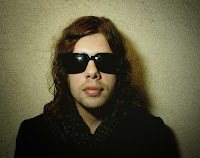 While not technically 100% brand new, I just finished listening to Dax Riggs' complete discography and I really liked what I heard, in all forms. Riggs was the singer in a number of bands, from the sludge-gods Acid Bath, to the more stoner rock groups, Agents of Oblivion and Deadboy And The Elephantmen, and now he works on his solo work, with more of an acoustic/alternative sound, but the dark elements of his past work are ever present. (Side note, I don't get why Agents of Oblivion and Deadboy And The Elephantment have official websites - if only very basic and outdated - but Acid Bath and Dax Riggs himself only have MySpace's... interesting) 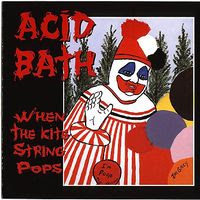 Acid Bath is legendary in most metal circles, and it is interesting to see the varied groups that enjoy their music. I've met people who don't usually listen to metal that have heard - and listen - to Acid Bath, on the other end I have met metalhead fans of all genres - be it death, doom, or progressive - who have shown interest in the themes or music of the group. It's actually kind of amusing.
Anyway, Acid Bath blended the sounds of doom and hardcore, with all sorts of sounds in-between. With such an eclectic collection of sounds, it's amazing how much of an underground following they have collected, even now almost 15 years after their break-up, hell I had never heard of them more then 5 years ago. That is some staying power. It could have been the artwork from their first album, When The Kite String Pops, known for hosting a picture that the serial killer John Wayne Gacy painted while in prison on death row. It's those kind of touches (and the population's focus on morbidity) that I think helped the band stay in the underground mindset for so long.
After one more release, Paegan Terrorism Tactics, the group broke-up following the death of bassist Audie Pitre (killed by a drunk driver), and the members all split off to form their own groups of all metal genres; ranging from the sludge Crowbar, and Goatwhore, the doom Vual, and the black metal (with two bassists and no guitars) Shrum. Dax Riggs choose to go in a different direction, to the stoner rock project Agents of Oblivion. 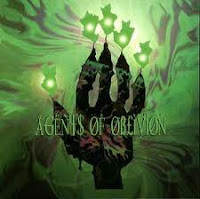 Recruiting the guitarist of Acid Bath, Mike Sanchez, Agents of Oblivion was a simpler project comparatively, opting to go for a more blues rock/psychedelic sound, being much less varied in vocals and style then the previous project. The group only lasted a couple of years and only released one album, their self-titled, before calling it quits, so the impact was minimal, but it showed the world (and Riggs too I'd wager) that there is a softer side to the dark project of Acid Bath, and it rocks! While not my favorite work from the man, Agents of Oblivion was a beginning, and seeing how the story is still going, it was a strong beginning. 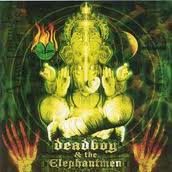 After Agents of Oblivion Dax Riggs began Deadboy And The Elephantmen, another step down from the old days. Wikipedia has the group listed with the 'indie' moniker, but I don't feel that is accurate. These guys aren't heavy - Agents of Oblivion still had a metallic edge to it - but they aren't indie either. They play stoner rock, or alternative rock, something along those lines. The oddness in the lyrics is still there, as is the 'dark' feel, but the drudgery of the past projects is gone. This group does not have a mainstream sound, but it is much more accessible then the last few albums by Riggs. I like this sound more then Agents of Oblivion, it seemed more relaxed and generally understood, seeing where Riggs went after with his solo work, I can see that this is closer to the music he truly wanted to put out from the get-go. To date, this is the longest running project of the man, spanning 8 years and releasing 2 albums (Acid Bath was active 7 years). The groups first album, If This Is Hell, Then I'm Lucky, has sense been re-released under the title of a solo Dax Riggs (making it his first solo work, even if it's only a technicality) in 2008. even though it is a mark change in style from his other two (so far) releases. Their second album, We Are Night Sky, was released in 2005 followed shortly by their break-up in 2006, although Riggs didn't officially announce the split until 2007. 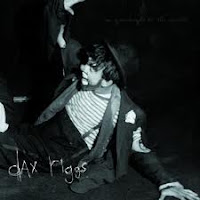 After yet another dissolution of his group, Dax Riggs decided to go full solo. Now with full control of the sound (being the only 'real' member) he could do what he feels. These releases (so far 2 of them) are another move to a simpler sound, if only in music, with the lyrics getting more dark as time progresses. The music itself is very stripped-down, with several songs consisting of only Rigg's voice and a simple bass/drum work in the background. I really like these songs, being a fan of minimal sound (not minimalist mind, minimal, there is a huge difference). This music relies almost entirely on the lyrics and vocals to carry it through and it works to perfection. I call it 'dark acoustic,' where it is metal, just an odd version of it. The titles are long but they work, as they form the chorus, and most of the chorus' are simple, usually just consisting of the title of the song and maybe one more line. It really is interesting work, something that is not done frequently. The closest comparison I have is when Johnny Cash did his American Recordings, these were mostly all stripped down songs with only Cash and a guitar for most of it. His version of "Hurt," originally by Nine Inch Nails, is exactly what I am talking about; it is acoustic but it still is very dark. I can't wait to hear more.

Recap: I like Acid Bath, Agents of Oblivion and Deadboy And The Elephantmen are both decent but not great, and Dax Riggs solo is amazing. Quite a collection there, in praise, style and sound. I want to hear more, either in one of these forms or whatever this musical genius has on his mind for next.
By The Klepto at 10:22 PM
Email ThisBlogThis!Share to TwitterShare to FacebookShare to Pinterest
Tags: *New Band, #Doom Metal, #Metal Acoustic, #Sludge Metal, #Stoner, Acid Bath, Dax Riggs