Comparison: AC/DC "She's Got The Jack" - Then And Now 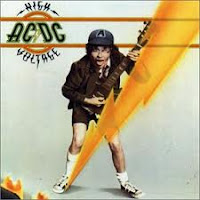 "She's Got The Jack," off of AC/DC's amazing High Voltage album, is a great song. It's an alluring tale of a man going after a women, and collecting a STD from their encounter. I know, it sounds graphic and disgusting, but the way in which the amazing Bon Scott wrote it, you would really have to listen to it and pay attention to the lyrics double meanings, to get all the juicy details (ew). Instead of saying anything outright, about how the woman had been sleeping around, she was described as being 'delt' and 'shuffled' before, she showed him her 'pair' and which made his 'ace' go high. As you can see there is a definite card motif going on here, which is makes the song witty and funny. It might have been due to censorship at the time (this being released in the 70's), or maybe the band was being really clever on purpose, whatever the reasoning behind it may be, it works smashingly.
A number of years later (17), the song was recorded again for the group's Live '92 album, with a new singer (Bon Scott being dead for over a decade) and new lyrics.To me, it's not close to the same - in quality and sound. 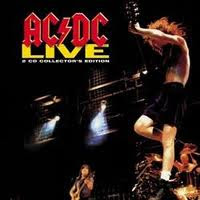 I'm not against the idea of a re-recording of the song (you all knowing my stance on live albums), with half of the Live '92 album being from the Bon Scott era, and Brian Johnson does a great job. I like the old songs updated with the new singer/style of the band. I really like this live album (shocker) mostly because it's the closest to an AC/DC 'best of' album, and because of these new-style songs. It also was the first AC/DC album I bought - although I grew up with my father's Highway To Hell and Back In Black, both classics - and so I have listened to it ad nauseum over the past decade (at least until I got on my crazy number of songs kick - 54,349 songs at last count). It's not the album, the context, or the style, it's the fact that they dumbed it all down for this release.
You see, while the original is as great as it is because of the allusion of the lyrics, the Live '92 version loses all reference to the cards acting as body parts and actions. In fact the only card even mentioned in the never version is "The Jack" and that's only in the chorus.Without the reference to the other cards in the song, the title itself looses most of it's meaning. You know it stands for an STD, but only because you're pretty much told as much. It's as if the group doesn't believe that their audience can make out the hidden agenda of the group - apparently the 90s crowd isn't as smart as the 70s group.

Although I gripe and moan, the new version is not a bad song. The usual post-80s AC/DC style is all there; the catchy guitar licks, and the simple lyrics (this is the Brian Johnson era I am talking about) are present, but those who think that the 'thinking man' times of AC/DC, with Bon Scott at the helm, were the best times of the band, then you will be sorely disappointed.

If you prefer the Brian Johnson style of balls-to-the-wall rock and roll that vaulted AC/DC into stardom of the 80s, then you have to hear Live '92, it is all of that, with the added bonus of the updated Bon Scott songs (the new "Dirty Deeds Done Dirt Cheap" alone is worth it). But if you're like me, and you like your songs with a little more depth to them, and you wish every day that Bon Scott hadn't drowned in his own vomit, then go an purchase High Voltage, their first album - hell go get all of their albums - and listen to the godliness that was AC/DC
By The Klepto at 4:06 PM
Email ThisBlogThis!Share to TwitterShare to FacebookShare to Pinterest
Tags: *Comparison, ^Classics, AC/DC