Karma To Burn is a stoner instrumental band who do pretty well for themselves. They are one of the better known of the music-only acts (at least as far as I know).
This music video is simple and kinda neat - a catchy idea if there ever was one: women as guitars. I like it.

By The Klepto at 6:20 PM No comments:
Email ThisBlogThis!Share to TwitterShare to FacebookShare to Pinterest
Tags: *Video, #Instrumental, #Stoner, Karma To Burn

If System of A Down would chill out a bit - but still keep their wacky music and lyrics - you'd have Beehoover. The vocalist has a similar sound to Serj Tankian, and although I can't understand all the lyrics very well, the bits I can are pretty out there. Their music falls well within the stoner metal sound, but incorporates a slight progressive element as well; lots of changes of tempos and sounds cut into each other. This band is something very interesting.

Keep on Readin >>
By The Klepto at 4:16 PM No comments:
Email ThisBlogThis!Share to TwitterShare to FacebookShare to Pinterest
Tags: *New Band, #Stoner, Beehoover 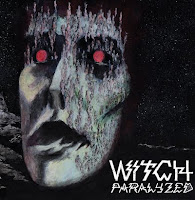 I've been listening to a lot of new music within the past week, all found by my new favorite site for stoner/doom metal StonerRobixxx, a frequently-posted site in which I have discovered at least thirty-six stoner, doom and psychedelic bands within the past week. I now have the daunting task of going through it all, and separate the good from the crap and then the great from the good. I'm through my second band...wow this is going to take forever.

I am currently listening to the end of the self-titled Witch album, and I (for some reason) already listened to their sophomore effort, Paralyzed, earlier in the day. Witch combines the stoner/doom/sludge sound with a drudging guitar and a collection of eerie vocals. Although the voice is masculine (maybe), I can believe that this is a witch croneing on, casting spells and the like.

Keep on Readin >>
By The Klepto at 7:52 PM No comments:
Email ThisBlogThis!Share to TwitterShare to FacebookShare to Pinterest
Tags: *New Band, #Doom Metal, #Stoner, Witch

Albums Listened To In December (59)

59 albums. Not bad compared to my average, but not up to par as the past couple of months. Sorry this took so long, I've been having a rough time at work, and I'm often to tired when I get home to do anything mentally challenging (been playing a lot of Modern Warfare 2 on Xbox).
I set out this month to listen to full discographies of my favorite bands, and I did just that. Blind Guardian, Dream Theater, Manowar, Iced Earth, Type O Negative, Ayreon, Demons and Wizards and Kiuas were all set up and knocked down with relative ease. Due to this trip down music-memory lane, there was almost no new albums this month, the only exception being Blind Guardian's A Night At The Opera which I had never had the enjoyment of hearing before. And for most of the bands above, I am working on a Retrospective for each. You have already seen my one for Blind Guardian, and I'm almost done with Type O Negative, Iced Earth and Dream Theater's, I just have to take the time and sit down and actually do it.

In January I wanted to focus almost entirely on brand new music, but seeing as the month is already half over by the time I've finished this article, I already know the semi-trend, and right now it's a decent split of new and old.
I found a new place to find new bands, the majority of which are well within my musical preference - a lot of stoner and doom - so be expecting a whole list of out-there bands with unique sounds and songs.

With me being done with school, I have a lot less of a reason to sit in front of my computer listening to music all day. So my numbers will most likely be taking a hit - at least in the near future. With nothing but work to look forward too, I'm going to be needing a hobby, and this site may just be it.

Keep on Readin >>
By The Klepto at 1:29 PM No comments:
Email ThisBlogThis!Share to TwitterShare to FacebookShare to Pinterest
Tags: *Albums Listened To
Newer Posts Older Posts Home
Subscribe to: Posts (Atom)