Too many albums too little time: 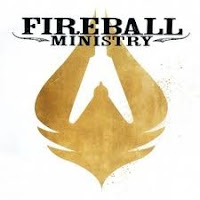 I was looking forward to this one all year, and of course once it was released... I forgot all about it. Well I re-discovered it last week and wasted no time in listening to it, and let me tell you the boys (and girl) in Fireball Ministry did an amazing job! Easily one of their best works, and a solid entry into the best of 2010! For their fourth full-length, the group has chilled down a bit. Gone are the solid rock 'n roll songs, the really quick and jumping beats. Instead they are replaced by ten tracks of solid grooves. Each and every song is impressive; with a fuzzy bass and guitar medley, and the drums pounding on and on. While one of their least grandiose album - as far as musical scope - Fireball Ministry uses this specialty to finely tune and hone their sonic talents. It's hard to choose my favorite tracks, because there are so many! I can only pick out the one or two that falter a bit, but that seems like a poor way to describe this album. It is clearly their pinnacle effort; the album to herald their second coming (ironically it was not their second album, titled The Second Great Awakening). I may be acting like a bit of a fan-boy on this one, but I really have loved the works of Fireball Ministry for as long as I've known of their existence. While in the past, their records have supported a hand-full of hits and several that missed the mark, I believe that this album doesn't have the huge holes within it's track list. That it is truly a great album. Go and get it and see for yourself! 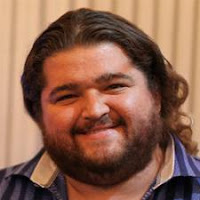 With Hurley, Weezer is putting the 'alternative' back into their alternative rock style. Wherein I thought that their 2008 album, Weezer (The Red Album), was amazing - the best of their work - and their latest release (before this one), Raditude, was complete crap, Hurley is a throw-back to their music of the early 2000s. With several radio-friendly tracks, vocals that are simple and uplifting, and a return of their humor (look at that album name and pic people), this album reminds me of their previous two albums labeled 'Weezer', The Blue Album (1994) and The Green Album (2001). A step back in the right direction and into the spotlight. I dislike that the semi-progressive feel of The Red Album is all but gone, returning to the straight-forward pop-rock of that time, but it's still better then Raditude (ugh). And then there is the cover of Coldplay's "Viva La Vida," which makes me ask....why? Oh well, it's a decent album regardless. Hellbilly Deluxe 2 is the first album of 2010 I got my hand on (back in 2009), and here it is, being one of the last album of the year I have listened to. I don't know if that is poetic or sad. Perhaps a little of both.
I've never been a big Rob Zombie fan, I bought his greatest hits in high school, and I saw him like at OzzFest 2005, but other then listening to Educated Horses (my roommate at the time was a huge fan of all things Zombie) I haven't heard much from the man (including White Zombie). By the title you can tell he's trying to capitalize off of the success of his debut solo album, Hellbilly Deluxe (did I have to spell it out?), and it shows in style. These songs are horror rock with a touch of industrial through and through. They are pretty good throughout, all have a good beat and besides some songs having an odd intro or outro (some vintage horror dialog from some movie no one has ever heard of), almost all of the tracks stand on their own. They aren't all guaranteed singles, but there aren't a lot that stand high above the group. I'm not a big industrial fan - even light industrial such as this - and although it is decent, and I hear he does good work, I can't say I'm in any big hurry to here more from Rob Zombie anytime soon. 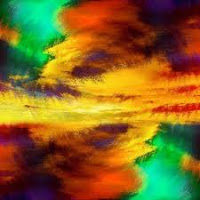 Jefferson Colby - Semantics (Metaphysical Mood Music)
I really liked the first album of Jefferson Colby's that I heard, Octopus, which is why I wanted to hear his other 2010 release, Semantics (Metaphysical Mood Music), before the end of the year. And while Semantics isn't as good as Octopus was, it still is some good rock music. I have a hard time defining what genre to put Jefferson Colby into; he plays a melding of rock 'n roll, alternative, and a touch of stoner. His song styles vary wildly throughout the entire album, first a slow, tender song, followed by a full out rocker - you never know what's next in the lineup. I have an EP from Jefferson Colby still to listen to, but I await another full length (or two) for 2011. You can get all of his releases directly from his BandCamp page. Go ahead and give it a whirl. 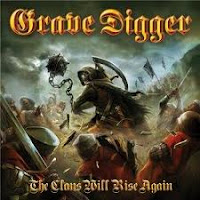 Grave Digger - The Clans Will Rise Again
Another solid release by a solid band, Grave Digger always puts out above average albums. I've heard all of their albums of the last decade (1999's Excalibur was the first) and they put out the same quality of work consistently throughout. While none of their albums are truly amazing, they all have their four or five stand out songs, with the rest making a decent backdrop to the story. Each album is always revolving around a theme, and while not quite full concept albums, the underlying storyline is always semi-present. The Clans Will Rise Again is a loose continuation of the themes in 1996's Tunes of War, in that it is based on the stories of Scotland and their vie for independence from England. I didn't the the whole picture from the music itself, but a good handful of the songs had definite Celtic themes within. Besides the obviousness of bagpipes, there were other traditional instruments as well, and tunes layered within the songs of traditional Scottish ditties. The album is too thrash for folk, and to much power for thrash, if you like any of Grave Digger's albums, you will enjoy The Clans Will Rise Again, as it continues their trend of combining genres and fantasy stories.
By The Klepto at 11:02 AM
Email ThisBlogThis!Share to TwitterShare to FacebookShare to Pinterest
Tags: #Alternative, #Industrial, #Power Metal, #Stoner, Fireball Ministry, Grave Digger, Jefferson Colby, Rob Zombie, Weezer