This seems to be the more predominately 'stoner' segment of the Top 20 of 2010, but hey, it's all in alphabetical order, so it's of no fault of my own. 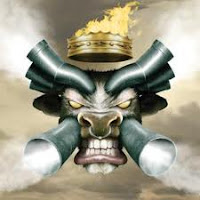 11. Monster Magnet - Mastermind (See Review)
Mastermind is one of the best releases in the long list of Monster Magnet albums. It is regarded (by myself and most other reviewers) as a return to the classic era of the group, along the lines of Powertrip or Dopes To Infinity. In my mind, while it doesn't have the few songs that act as hooks for the rest of the album (as most other Monster Magnet albums do), the overall song quality within Mastermind is much more level. I've been a long time listener of Monster Magnet, and while I like their spin-off act, The Atomic Bitchwax, a bit more, the group has always had a soft spot in my rock and groove heart. AllMusic already has a posting of the next Monster Magnet album, The Lowdown (albeit, it's not much), to be released sometime in 2011. If this is a full studio album, not a 'best of' or a live album, then it will be the quickest turn around for Monster Magnet LPs sense their first two (Spine of God in '92 followed by Tab...25 in '93 - which was really an extended EP but it's over 55 minutes long so I count it). After the superb release in 2010, I am with baited breath, waiting for this supposed album. 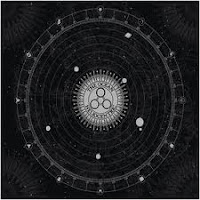 12. The Ocean - Heliocentric (See Review)
Post-metal is, by definition, hard to pin down into a certain style, the works of The Ocean (or The Ocean Collective as they are sometimes known) have been up and down over their career. I tried their debut, Fluxion, and again their latest (at the time) release, the Precambrian double disc, but I could never get into the group, they were just too spacy and atmospheric to me. So when I put on the first of their most recent two albums, Heliocentric (followed by Anthropocentric), I was expecting nothing but the same ol'. What I was greeted with, however, was some really great progressive metal, tinged with tons of different influences. This was something that was so far from my previous experience with The Ocean that it stunned me, without words. Heliocentric really is a great album, it and it's partner, Anthropocentric, have been popping up all over on people's 'Best of' lists, and while I didn't like the second albums as much as the first, it still was better then previous releases by The Ocean. This band is probably the most out of place (along with Agalloch) in comparison with the rest of my list, but it deserves to be here. I don't know if it would have made my Top 5, if I had chosen to rank them, but it most likely would have been in the Top 10. 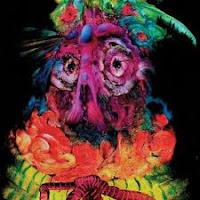 13. Quest For Fire - Lights From Paradise
Mix two parts psychedelia, one part stoner, and one part rock 'n roll, and the resulting concoction would be Quest For Fire. Many bands that tote the 'psychedelic' tag, often either are only geared for potheads/acid fiends or are progressive enough to fall into the pretentiousness of bands like King Crimson (with epically long songs rich with over-saturated guitar and little point). Lights From Paradise really doesn't fall into either of these categories, being just enough stoner rock n' roll to pull out of the mess that oft falls bands of the like. Their mix is just solid enough to let the listener venture into the clouds with song, but still stay grounded in reality. It's acid-light I guess is the point I'm trying to make. Funny thing about this group is that I thought that Lights of Paradise was this group's first album, which would have made this an amazing debut. I was later informed (after making claims of their debut) that this was in fact their sophomore effort, and that I was an idiot (I don't think those words were uttered but I heard them nevertheless). I ended up going back and listening to their actual debut, fittingly self-titled, and although I liked what I heard, I much preferred this release. But it did good to see the growth of the band, where they were vs where they are. This is why I try to listen to band's full discographies, not just pick up with their most recent release. I love the evolution of sound and style, if there is any; with bands that either never change their style (Manowar), have slow changes with each following release (Amplifier), or shift drastically with little rhyme or reason (The Ocean) - all with good examples and bad. Quest For Fire falls into the second group, with each release (all two of them now) a bit different then the previous. Evolution of sound is a natural thing, and I think all bands should at least attempt it. 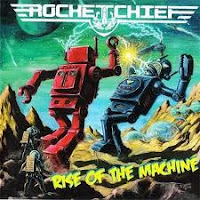 14. Rocketchief - Rise of The Machine
I found these guys by chance, stumbling upon the great blog Chief Iron Lung Presents, and I'm really glad I did. What originally pulled into Rocketchief - the main reason I gave them a listen as fast as I did (with the dozens of albums I have waiting at all times) - was their album artwork. It made me laugh and made me want to know the story that goes with it, something that artwork should do. I really need to do an Awesome Album Art article about it, because it wants to tell you a story, and because come on, it's Rock 'em Sock 'em Robots... IN SPACE!! Anyway, the music. Rise of The Machine is a grooving, retro-rock, stoner bonanza. While it doesn't offer much in the way of new or unheard of, what it does do, it does well. These songs get your heart thumping, your head bobbing, and your foot tapping. I wish there was more too it, both in album length and in my explanation, but there is not. It is down and dirty stoner groove rock at it's best. One thing too mention is that Rise of The Machines is one of the few albums that I listened to late in the year (the past two months or so) that I have made time for to listen again. If that isn't a vote of confidence, I don't know what is. 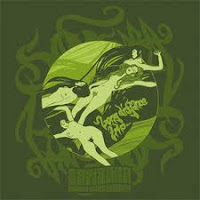 15. Samsara Blues Experiment - Long Distance Trip (See Review)
Most of what I said about Quest For Fire I can say about Samsara Blues Experiment, the difference mainly being in the particular style of their psychedelic stoner; Quest For Fire dives deep into the pool of psychedelia, while Samsara Blues Experiment sticks more with the stoner aspect. The music on Long Distance Trip is much more groove oriented, trading in the long trace-passages for something you could see in an 80s cop drama (you know, about busting up a drug lord or something, I don't know, it works alright?). When I began this review/comment I couldn't remember much about this album, just that I liked it, but as I began to write and research into the group the sounds and memories of the LP came flooding back. The sounds, the moods, the melodies, they all bounce and tie together in the air and my ears like waves on the ocean floor. It's an experience worth having. The instrumentals are one of the high points, along with their last track, "Double Freedom," a twenty-two-plus minute psychedelic epic, look for them within.
By The Klepto at 12:00 PM
Email ThisBlogThis!Share to TwitterShare to FacebookShare to Pinterest
Tags: *Top 20 of 2010, #Post-Metal, #Progressive Metal, #Psychedelic, #Stoner, Monster Magnet, Quest For Fire, Rocketchief, Samsara Blues Experiment, The Ocean