Johnny Cash is a legend in any time. His style of music changed with the times - originating in gospel then to country (and the outlaw variety) to rock and roll and finally to a voice and a guitar (the American Recordings) - always keeping himself fresh and original (even when he was doing covers). During his life (and some after) he released *9 albums...that is amazing for any man, band, and genre! For this particular article, I won't be going through all of that, instead opting for my favorite series of Cash recordings: The American Recordings.
The American Recordings are a six-disc set (some could add a couple) of re-recorded Cash songs amongst covers the songs that he thought were worth listening to. A neat idea, and one he pulls off amazingly. His style of just his voice and his guitar (some have an accompaniment from Tom Petty and The Heartbreakers, but even that is limited) is something to behold. For my last Current Trend I went into my love of this simplicity in music, that a song with an empty background strikes more into my heart then a full orchestra. Johnny Cash does it amazingly, and that's what I want to go into to. 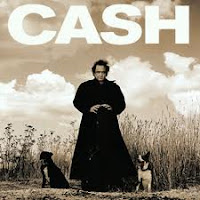 American Recordings - 1994
His fist album joining the American Recording Agency, from whence the name of the album comes from, American Recordings is the most focused on re-recording his own material out of the series, and as someone who didn't grow up on Johnny Cash (me) it is kind of nice to hear his older stuff in this new light. Songs like "Like A Soldier," and Nick Lowe's "The Beast In Me" come into haunting focus under this new musical direction. This is my least favorite of the group, but it still is a great disc, and a great place to start. It was ranked 364 on Rolling Stone's list of the 500 Greatest Albums of All Time, so that's saying something. And while this isn't the best of the series (no matter what Rolling Stone says), it does lay the groundwork for further amazing albums. 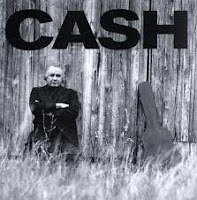 American II: Unchained - 1996
This is where the series begins to take off; while more focused on covers this time round, Unchained only houses three re-recordings out of the fourteen tracks on this album. Some might call that a shame, but honestly seeing as I have never heard of most of the covers before, it sounds like all Johnny Cash to me. And, in all actuality, I already thought that last track, "I've Been Everywhere" (originally by Lucky Starr), was an original by Cash from long ago. Live and learn. This album follows in the style of the last, except in the fact of adding Tom Petty and The Heartbreakers to the line-up, and so this sound has a bit more of a 'band' feel to it. But again, this doesn't take away from the style, as the group doesn't play on every track, and even when they do it is faded into the background. A great way to compliment Cash's new style. 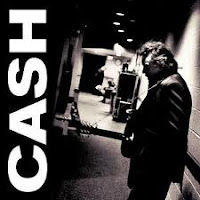 American III: Solitary Man - 2000
After being hit repeatedly by illness and disease after the release of Unchained, Johnny Cash used Solitary Man as a venue for the emotions of himself and family. Especially with the Tom Petty cover (who was still providing back up instruments and vocals with The Heartbreakers), "I Won't Back Down." With this one song, more then any other, the somber baritone of Johnny Cash's voice carries a certain level of power and emotion that makes this album my favorite of the entire series. The song selection is great, the covers are magically done, and the new originals and/or re-recorded songs are just as great. American III: Solitary Man seems to be Cash's 'F you' to death, and it's all the better for the raw emotion. Classic version of the modern era of Johnny Cash.
By The Klepto at 12:00 PM
Email ThisBlogThis!Share to TwitterShare to FacebookShare to Pinterest
Tags: *Retrospective, #Southern, ^Cover Songs, Johnny Cash