Everything I Didn't Review In January

Another new segment - I know! Am I crazy?? - this one being based on that although I write articles for most of the new music I hear, I just don't have the time and energy for them all. This series will be nothing but really short reviews (often one or two sentences) about the music I listen to, that may not have made it into an article. Of course, reviewing it here does not mean I won't review it later, but this is a simple way for me to get the word out there about the smaller acts I hear.

Andrew Clayton - Fire In The Milky Way
My best friend's debut album (but that hasn't blinded me to the music). There will be much more about this one in the months to come. Andrew Clayton is the rising king of great Americana Folk rock.

Atlantean Kodex - The Golden Bough
Good power doom metal. Some extremes between the album's best songs and their lesser ones. This album has been getting some great reviews, but it doesn't stand out to me as anything special. I just like the epic scope of the music and vocals of Atlantean Kodex.


Backwoods Payback - Use Magic To Kill Death (EP)
Just a quick little EP I found by Backwoods Payback, and I wish I had more. It's a really enjoyable triad of songs; very groovy, with a great connection between the vocals and the music.

Black Pistol Fire - Black Pistol Fire
Some very British-sounding stoner. I'm not sure if Black Pistol Fire is actually British (I'm working on an article, I'll do some real research then), but there are some serious influences of the Brit scene. Pretty damn good, on par with Black Spiders as far as song quality. 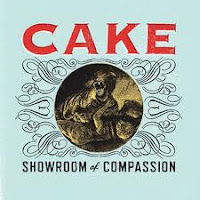 Cake - Showroom of Compassion
Follows the usual quality of Cake releases; two or three catchy stand-outs, some clever lyrics, and so-so filler. No better or worse then any of their others.

The Decemberists - The King Is Dead
Great record by The Decemberists, can't beat The Hazards of Love, but it's still worth the time and effort to hear. Andrew Clayton (yes the same one as above) wrote a great article for this one, check it out.

Desert Storm - Forked Tongues
Another great new act on the stoner scene. Desert Storm mixes in groove-stoner with a semi-sludge feel. Think somewhere between Clutch's debut (Transnational Speedway League) and their self-titled follow-up (Clutch); jam-rock but with some darker points. Another article I'm working on.

Dirty Eyes -You Are A Kind Magician, Indeed (EP)
God this was shit. Pseudo-hardcore but I didn't even notice the vocals til the 3rd song. The Dirty Eyes are not my cup o' tea at all. 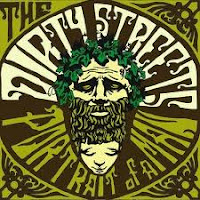 The Dirty Streets - Portrait Of A Man
Good 'n dirty stoner rock. The Dirty Streets put a lot of blues into their music, but it keeps a solid rock foundation. Like a little less groove-oriented Clutch.

Earth - Angels of Darkness, Demons Of Light 1
Got an article working on the latest release by Earth, but I have to say I oddly enjoyed it. Drone isn't my normal genre of choice, but after a shitty day it relaxed me as much as any of my usual fare would (piano music) so that is something

Earthship - Exit Eden
Another dose of screamy sludge. Earthship just is not my bag, nothing I truly enjoyed. Used it as backing sounds as I got ready for work.

Fister - Bronsonic
Freely distributed sludge. Again, not my bag but I appreciate what Fister is doing; striving on getting the music out there, and who can fault them on that. 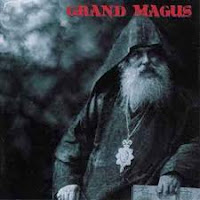 Grand Magus - Discography
Really good NWOBHM doom. After hearing Grand Magus' latest, Hammer of The North, I knew it was about time I sat down and listened to the rest of their discography. I was not disappointed.

The Machine - Drie
Decent stoner/doom with some serious psychedelic and progressive tendencies. Some of The Machine's songs rely a bit too much on psychedelia but it was enjoyable overall.

Motorjesus - Wheels of Purgatory
Decent, if somewhat generic, stoner metal. Honestly, it's been a week since I heard this one and I don't recall much from it. That should tell you something about Motorjesus... 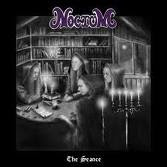 Muhr - Shepherd/Blood
Drone doom at it's core, although I feel there was a story in there somewhere. This album of two epic-length songs really was interesting, if not my usual sonic preference. I'm trying new things, and Muhr wasn't a horrible way to go.

Noctum - The Seance
Some more doom that I've been hearing good things about. Noctum is decent, worth a listen, but nothing that is going to turn your head. I wouldn't mind hearing the rest of discography, but I'm in no rush. Doesn't have the pull of Grand Magus or Place of Skulls on me. 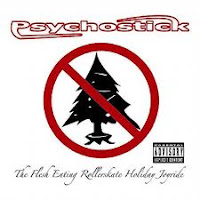 Pombagira - Baron Citadel
A big bowl of meh. Pombagira is obviously stoner/doom, but the songs are needlessly long and dull, and the music quality was just so-so (although some of the drumming is pretty cool). A little more droning then I like, but not with the quality of Muhr above.

Psychostick - Pair of EPs
A band that doesn't take themselves seriously (calling their genre humor-core), I've had a bit of a soft spot for Psychostick for some time now. These EPs don't do the group true justice, but they were good for a reprieve from the boredom of day to day life. Get their full-lengths for real enjoyment.

Sahg - I, II, & III
Good doom metal with a touch of stoner. Sahg's albums are all over the place though as far as song quality, split 50/50 with great songs and so-so songs. A good listen but nothing special overall.

Seamount - Sacrifice
Along with Noctum, Seamount is a decent doom metal band. They lean a little more into the power side of the doom equation, and I thought Sacrifice was the better of the two albums, but again nothing that stands up and smacks you in the face. I wouldn't mind hearing more, I'm just not going to search too hard for it. 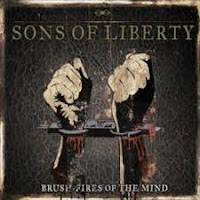 Sons of Alpha Centauri/Treasure Cat - Last Days of Summer
Another album sent to my by Reg at Heavy Planet, and another one that I never got around to. It's all instrumental, done by a pair of great instrumental bands, Sons of Alpha Centauri and Treasure Cat. The song quality ebbs and flows, but it was a good thing to listen to while I was reading The Living Dead, so that's something

Sons of Liberty - Brush-Fires of The Mind
I love Iced Earth, but was a bit apprehensive about listening to Jon Schaffer's latest project, Sons of Liberty, being as political as it was. The music was good, the lyrics were ok, but almost every track had a spoken word clip from some politician or was a quote from one of the Founding Fathers (of America for my international readers). It was ok, but I think he could have done more.

Stratovarius - Elysium
Really good power metal. I haven't heard any of the recent music by Stratovarius, so I'm a bit out of touch. I didn't pay an overly amount attention to Elysim, mostly because I have Gryphyn reviewing it eventually, but it was a good listen. 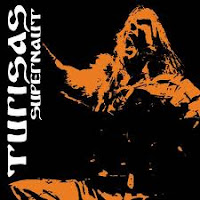 Trenches - Trenches (EP)
A band submission, I don't think the guys from Trenches really read my site too much before asking me to review their EP. Trenches play post-hardcore, down-tempo or something alike, wherein they play doom/sludge riffs (which were pretty sweet) and have hardcore vocals over top (which were not sweet). It was ok, better then I was expecting anyway, just not anything I would ever usually listen to on my own.

Turisas - Supernaut (Single)
Following Turisas' previous habit of releasing an album then a single cover song, the last time being "Rasputin" originally by Boney M. This time they take on Black Sabbath and they do it well. A seriously great cover, and I can't wait for their new album launching sometime soon. 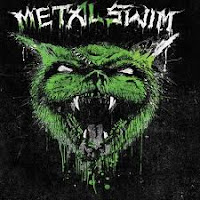 U.S. Christmas - U.S. Christmas (EP)
Well read my review of U.S. Christmas' latest album, Run Thick In The Night, and just change out the titles of the albums and you've got it. Droning post-metal (whatever that is), except this time with no rockers to keep the album alive. It was my first taste of the group, and I wasn't very satisfied.

Various Artists - Metal Swim
Metal Swim is a great metal compilation by they guys (and I'm assuming gals) over at Adult Swim (hence the name). A little bit of everything for everyone. Go check it out.

Well that's it for this month, as I said this is a new idea, so we'll see how it goes. I like the thought, it gives me time to review the really greats, and leave the so-sos to this format.
By The Klepto at 3:14 PM
Email ThisBlogThis!Share to TwitterShare to FacebookShare to Pinterest
Tags: Everything I Didn't Review