I tried to get all of Johnny Cash's albums from The American Recordings within one article, but I had too much to say about each album. After I conceited defeat to that idea, I had plenty of room to go back and give the works the attention they deserved.
The chilling conclusion below: 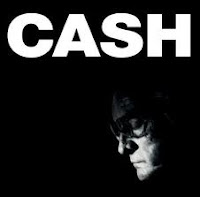 American IV: The Man Comes Around - 2002
Much more somber then the previous albums within the American Series, The Man Comes Around is all the better for it. It's as if Johnny Cash realized that this would be the last of the series to be released during his lifetime, with him dying in September in 2003. This album is the largest percentage of covers, and these are some of his strongest of the series; songs like "Bridge Over Troubled Water," "I Hung My Head," and "We'll Meet Again" (one of my favorites) really are benefited by the man's particular simple style (covers of Simon & Garfunkel, Sting, and Vera Lynn, respectively). And then there are the songs that are an amazing shift from their original, Nine Inch Nail's "Hurt" (which people still don't believe Johnny Cash didn't write himself) puts a lighter note on a dark, dark song, and his version of "Personal Jesus" is a far cry from the original, semi-industrial style of Depeche Mode. Really some solid work on what would be Johnny Cash's last album released during his lifetime. Not a bad way to go. 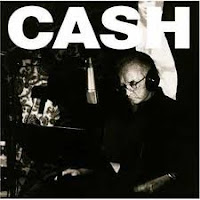 American V: A Hundred Highways - 2006
The first release after his death (aside from a 2003 compilation), A Hundred Highways probably was the last of the series that Johnny Cash had an actual hand in it's creation. The overall message/song selection is a bit more upbeat then The Man Comes Around, but is also filled with much less in the lines of contemporary music then it's predecessor. Besides a new original ("I Came to Believe") being written just before the recording session, and a cover of a recent song by Bruce Springsteen ("Further On (Up the Road)," originally from 2002), the rest of the song's tracks were about twenty years or older (some much older). It brings a different collection of styles and emotions to the recording; seeing what these songs of almost-antiquity can do in the modern era. The good news: some are just as moving now as they were in the 60s, some even more so. This is why I love covers, you can hear some great music and melody, even if the original band/singer/style is no longer relevant. 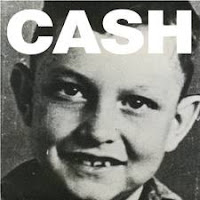 Johnny Cash - American VI: Ain't No Grave
I already have this article posted on one of my 5 Quick Album Reviews, but I'm listening to it again, so I'm posting my views on the newest edition to my ears:
Well, it's been a long road, but we've made it to the last of The American Series by Johnny Cash (well maybe the last, only time will tell). Given the strong history or the five previous albums, I would prefer Ain't No Grave to be the last album, as it is the weakest overall. I think that this is the collection of songs that Johnny Cash really didn't want out there. Maybe some needed some fine-tuning, or a re-recording, but these songs never made it onto the previous album, and I think there was a reason for it. Also, this is by far the shortest album of the series, I just planned on listening to a few tracks before I hit the sheets last night, and by the time I was ready to turn it off, only 2 songs remained! So I ended up finishing it in one fell swoop, cuz what's another five minutes? While I love the American Series era of Johnny Cash, I think we could have done with only five; end on a high note and all that.

Well. that's all of the, six albums of some of the best mostly-acoustic rock you will ever hear. The Man In Black was the man, and the world is worse off without him. I'm glad he decided on doing these albums, they really make my day.
By The Klepto at 12:00 PM
Email ThisBlogThis!Share to TwitterShare to FacebookShare to Pinterest
Tags: *Retrospective, #Southern, ^Cover Songs, Johnny Cash