I know a week ago I was saying that I am too busy to keep up the seven day posting thing I've been doing, but I'm going to guess that was a lie (both to myself and you all). I'm just going to make the weekends be lighter on the time-consuming projects. A every s such, I'm going to start the weekend with a short article about an EP that I've been enjoying every Saturday, and Sundays are for videos. I know I've had videos before, but they've all ways been random, so now I'm trying to make it a little more regular, they still might pop up every now and then, but for now lets just say it's only on Sundays. That being said, welcome to the first EP Shakedown: 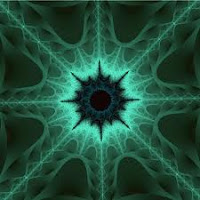 I'm not afraid to say it: I like Amplifier. Many of you could have probably guessed this, owing in fact to the couple of articles I've dedicated to them so far, or you've heard the band and question anyone who doesn't like them. Either way you are correct, they rock, and they roll. In the past, Amplifier has used EPs in a very ingenuous way; they use the short releases as a stepping-stone between the stylistic changes of their full-lengths. Originally the group was more alternative then progressive, but now, three full lengths and three EPs later, they are solid in their love for all things prog.

Their latest LP release, The Octopus, was one of my favorites for 2010, moving great strides into a more submersive style. It was a double disc, but that didn't hinder it in any way, instead allowing for more time with experimentation and re-examination of themselves. The EP released before it, Eternity, showed this somewhat, with songs with a much grander theme and a release that was more cohesive. The bridge was made, and the style changes were gaped.

Now, their newest release and newest EP, Fractal (which you can download from their Bandcamp site), seems to do it again. While keeping in the main progressive vein, it incorporates a new spacey/psychedelic feel throughout. The songs are a fairly long - right in the average for their particular style - which lets the sounds embrace you. The overwhelming growth here, the part you'd be hard-pressed to miss, is within the world of the vocals - there are none. No, the twenty-two minute EP is devoid of anything lyrical, but it doesn't take away too much. You just get a chance to enjoy the excellence of their skills behind their instruments. It's not the same, but it's still good.

Once again, Amplifier surprises me, another EP heading into a new direction. I am confused where this direction will land with the band's next LP release, but I haven't been disappointed yet, so I won't fret. I'm sure it'll still knock my socks off. I just hope it's not all instrumental, is all.
By The Klepto at 12:00 PM
Email ThisBlogThis!Share to TwitterShare to FacebookShare to Pinterest
Tags: *EP Shakedown, #Progressive Metal, ^EP, Amplifier

The Octopus is a stellar release.
I got this EP as well but have yet to listen to it properly so I can't comment. I don't think it represents their future direction, just going by how they present it in its Bandcamp page, although we need to ask the band to confirm this.

Yea I saw the BandCamp description after I had finished the article. So it turns out that Fractal was a jam session (for those who haven't been over to their page), but I like the thought that it's another band evolution. It's held true for their other EPs, making Amplifier one of the only bands that I hunt for their EPs. Usually EPs are throw-aways for bands, it's nice to have one every now and them that uses it as something useful.