I was sitting at work, bored shitless as usual, and a thought popped into my head. First it was about how my musical tastes have changed over a relatively short span of time, from when I entered college to now (6 years in June), and second of how I've never written about my musical history here. So, this is going to be a long rant, at least two parts (maybe more if I get off on a tangent, which most likely will happen), with no real reviews an only glancing references to bands, albums and songs. I know this will not appeal to most of you, but one person out there will find it interesting (at least a little), and I think it will do me good to get it all out, to see my history, where I've come from and where I'm heading. Who knows, if I'm still doing The Guide in five years I'll probably write another section, as I'm sure my music tastes have evolved even more, as I age precariously close to that year thirty.

The first few years (decade) of my musical history - and my life in general - is pretty hazy, as I'm sure you would expect. All I have is the occasional memory of belting out a song with my dad, or a video recording (on VCR, yeah I'm old enough for that bit of technology), or just general acceptance. At that age - really anything before your pre-teens - you accept what your parents do and listen to as holy scripture. They are the coolest people you know (within reason), and as such, everything they do and like is awesome. So as my dad and mom's musical tastes shifted, mine did as well.

All my life, there has been the standard fare that my parents have always listened to; they still do, with at least 15 years of my personal memory, so I'm sure they did before then too. My dad has always been a classic rock/metal fan, and so I grew up with a healthy dose of each. When I tell him about The Guide and all the time I spend on it, he remarks that if they had computers and internet when he was my age (he's fifty-four now) he probably have done the same thing. It's kind of a nice thought, knowing that the only thing separating your and you father (other then time) is technology. He spent most of his years dedicating his time to music; just like me he had a large collection of records, and spent much of his time going to concerts. Even today he has a large CD collection, but he always said that his record collection was far more, but that he didn't want to make the switch. In his words: "Why would I want to pay for the same music twice?" Couldn't agree more pops. 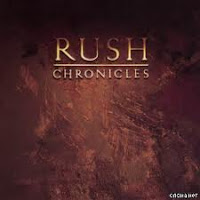 So I grew up with 'collections' and 'greatest hits' albums: Rush, Iron Maiden, Queen, and Kansas, among others. We also had a healthy collection of Pink Floyd, Black Sabbath and Metallica not to mention the classics like Dio's Holy Diver, Deep Purple's Machine Head (which, for the longest time, I thought Deep Purple Machine Head was the band's actual full name) and Styx's Grand Illusion. But he also had some more recent rock and metal for my young ears to digest, like Manowar and Type O Negative. He took me to my first 'real' concert, being Tool, and also got me tickets when the Hurricane Relief shows of 2005 and 2006 came through - featuring AC/DC, Blue Oyster Cult, Eddie Money, Cheap Trick and Grand Funk Railroad (great show by the way). So, this half of the world I grew up in, and explains my love for rock 'n roll and heavy metal. 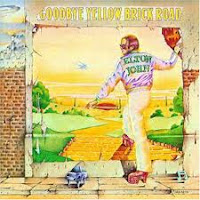 On the flip side, my mother listened to a whole different classification of rock. She is British and so grew up in England, that and she being female, gives her a certain lighter view on the musical world. Being with her I grew up with a solid helping of The Beatles, Elton John and Billy Joel, there were also lesser known (and British) acts like The Proclaimers and The Dubliners, as well as the more chick-rock Sheryl Crow and Meredith Brooks (not my favorite times). But, living with my father for now going on thirty years, she picked up some enjoyment for the heavier side of things, she likes Metallica, Styx and System of A Down (SoaD still surprises me), and tolerates bands my dad likes seeing live (by accompanying him) like AC/DC, Queensryche and Disturbed (yes my dad is a fan). With this side of the coin, my enjoyment for the lighter, and the folkyer, side of music takes form.

With these two stark differences (with some intermingling) of musical tastes, my tastes are understandably eclectic. My dad is an old school rocker, who still enjoys listening to the radio and mainstream rock and metal (something we don't fully share). My mother still clings onto the British Invasion, piano music, and female pride, although with the occasional dip into the heavy pool. As an added reference, my sister listened to boy bands and teen-aimed females (Britney Spears and Pink), but she is 5 years younger then me, so thankfully that didn't stick.

Somehow, from this strange combination of styles, genres and tastes, I began to hack out my own niche in the music world. This rant brings me up to the middle of middle school (or Jr. High, for those older readers), and so this is where I'll take my first break. In the next segment, I'll go into my discovery era, the years from middle school, right up to the end of high school. For it was this time that I began discovering new bands and genres, defining my tastes and who I was/am as a person (at least musically).
By The Klepto at 12:00 PM
Email ThisBlogThis!Share to TwitterShare to FacebookShare to Pinterest
Tags: *Rant

Interesting.
I find it really cool to have a family member, and a parent in particular, to sort of guide you into music (and metal in particular). I did all my discovering mostly by myself after either hearing it at a friend's, radio, internet (later on) etc. The only thing I got from my father and mother was love for Pink Floyd (they have the vinyls of Animals, Wish you were here and Meddle) but it's not like they sat with me and let me listen to it, I just found it in their collection, which is rather small. But they were content with what they had (small collection) and didn't explore much. My older brother listened to a lot of the then 80s pop and rock and I tagged along here and there.
When I started listening to metal (with my friend; we both were discovering it together), my father was oblivious (I don't think he knows it exists to this day) and my mother was the typical parent worried that their child listens to metal (When I got Death's albums, she got really worried... sigh). It's like in the Sacred Reich song, Who's To Blame?.
Anyway, nice post, I'll wait for the next part.

Thanks! This is only part one and so far I have 3 expected parts. This is just the foundations of my musical background. I eventually strode out on my own, beginning in middleschool/highschool (part 2) and continuing and truly blossoming in college (part 3).
I think having the foundation, especially at an early point in life, really gives me a solid base. Where songs from the 70s actually remind me of my childhood - even when I was born in 1986. For me albums like Styx's Grand Illusion and AC/DC's Back In Black will always remind me of my dad and I on a road trip or going shopping or something.
I also never went into anything really extreme, like Death, and most of my 'out-there' genres, I didn't discover until I was in college, and therefore away from home. So there was no shock value there for/from my folks.