(I've had this post 90% complete for two months now, never wanting to sit down and finish it up. But after writing the post for Demons And Wizards, I decided to get cracking. So thank Uriah Heep for me ever finishing this article.)
I've had the latest Amplifier album (Insider) for over a year now, and up to now have never given it a listen. But in the past week I was really bored (after my week of roadtrips - 1,200 miles in 5 days) so I let my computer decide for me. I went to my full 50,000+ song library and hit 'random', pledging to listen to whatever popped up. This is the engrossing tale of how I heard/fell in love with Amplifier. Instantly after listening to Insider, I went out and found their first album, and their two EPs and gave them all a listen as well - was not disappointed.

To begin with, their overall sound; Amplifier is an alternative progressive rock band (I know, a mouthful). Their music is not really heavy, and it does seem to move time signatures and styles throughout, and it hosts a mix of spacey and funky sounds. To put it in a nutshell, it sounds like a more progressive Incubus; you know, early Incubus, just a bit more progressive and incorporates a bit of industrial sound (just a smidge). I realize that my description of this group is not beneficial in any way, as it seems to drift, but that is what the music does - drifts from style to style with no course in sight. And it works!

Amplifier (2004)
Their debut album was re-released two times before their second recording, and after listening to it, one can see why. It was originally released on the small/independent label Music For Nations in 2004, before being picked up for a wider release by SPV - with a bonus EP worth of material. I wasn't lucky enough to have this special release, instead finding only the original track version. This album is the groups most 'safe' album. In all of the articles I read about the group, they were called an alternative band, with almost no mention of the progressive elements. This album is probably what the writers were referring to. While there is a hint of the progressive sound, it is mostly alternative rock, with a splash of heavier/metal sounds throughout. It seems like a good place to start, and a good way to get noticed, but I am glad the changes that ended up happening, happened.

The Astronaut Dismantles HAL - EP (2005)
The Astronaut Dismantles HAL EP was released as the intermediary between their two full-length albums, and it shows the beginning of the change in their sound. I originally listened to the two LPs first, then going back to hear the EPs, and you can hear the steps the group made to get from the styles of their self-titled to their latest, Insider, in 2006. This is where the group begins to expand on the progressive elements that they use. The songs were much more experimental and spacey, which to me laid homage to the title of the work (it in itself being a homage to 2001: A Space Odyssey). My only complaint is their hidden track, a live version of "Scarecrows". I liked this song better then the opening song on the 14 minute track that it was a part of. So I had to sit through "Live Human" and then four minutes of silence to hear the superior track. I really don't like how bands are still putting hidden tracks on their albums. In this age of digital sound, iPods, and huge hard-drives, having a 'hidden' track at the end of 10 minutes of silence (in some cases) seems to be a waste of time. But that's just me. Other then that one nit-picky moment, The Astronaut Dismantles Hal was a good release, as a stepping stone anyway.

Insider (2006)
Insider was released again fro SPV, and was the first album of Amplifier's that I heard. As I said above, I had owned this album for some time, without ever giving it a listen, often pausing at the name but never taking the time to investigate. It was just blind luck that I happened to stumble upon it at a time where I wanted to hear something new, and wanted fate to decide for me. Thus, Amplifier was found. This is the album in which I heard the early Incubus-sound, the mix of the alternative with the progressive, and I liked it quite a bit. While I find Incubus a bit preachy, and really out there as their career progressed, Amplifier seems much more grounded in who they are (thus far). 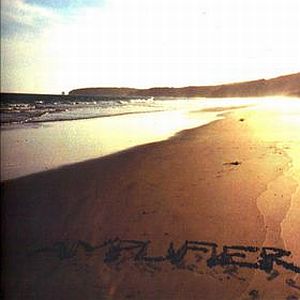 Eternity - EP (2009)
The latest release from the group (at the time of this writing), Eternity seems to be another stepping stone towards a change in sound, like The Astronaut Dismantles HAL was. It seems that the group is moving further into the progressive sound, although with the limited number of songs available to me, it is hard to determine where the new direction will take them. I look forward to their next release, to solidify this new sound.


As I said, Amplifier is great band, especially if you like early Incubus. It is definitely progressive rock, but without the pretentiousness that so many bands fall into. I think that their alternative roots help stem the need for 20-minute guitar/extacy driven live jam session. I hope they keep to form, and I am looking forward to their release later in this year, The Octopus.
By The Klepto at 4:45 PM
Email ThisBlogThis!Share to TwitterShare to FacebookShare to Pinterest
Tags: *Retrospective, #Alternative, #Progressive Rock, Amplifier