It's been a while sense I've done one of these, and while I have a couple half finished (these are my most time consuming article, and who would say otherwise with five or more albums to listen to before completion...) I thought, with my new computer and my new library, I'll begin with the gods of heavy metal: Led Zeppelin. 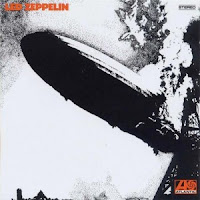 Led Zeppelin - 1969
It's apparent to see, with this self-titled debut, that Led Zeppelin were on to something. Remember, at this point the heaviest thing out there was Blue Cheer and Iron Butterfly, and while both of those are decent forerunners to what would become metal, when this album hit the scene it was a game changer. The songs are heavy, but still deep in the blues and rock, making them accessible to the average audience, not something just for fan-boys, hip to this new wave of music. The songs have stories ("Black Mountain Side"), they contemplate on modern issues of love and money ("Dazed and Confused"), all the while combining great guitar and percussion. The parts of this album that I like the most are the breakdowns that lead into a quick and heavy follow-up. "You Shook Me" and "Dazed and Confused" both are examples, with some sort of slowdown, often into the spacy/minimalist style, followed immediately by a fast rock n' roll section before returning to the original tempo and style. No one else was doing this at the time, at least not on this scare, and for that they will always be remembered. As far as the tracks are concerned, pretty much each one is a classic; the only exceptions being the final pair: "I Can't Quit You Baby," and "How Many More Times." I know this is all personal preference, but the first just doesn't seem to get to where it's going, and the second just drags on and on. The songs themselves are enjoyable, but just fall short when compared to the rest of the disc. That's it, that is the only gripe I have, the rest of the release is pretty much gold. A legendary beginning for a legendary career. 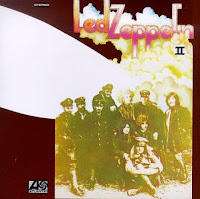 Led Zeppelin II - 1969
A quick turnaround for the group's second, self-titled LP, and a rewarding one at that. While not as wholly enjoyable as the first, Led Zeppelin II still is made up by classic songs everyone should know. This release focuses a little more on the rock aspect of rock n' roll, which is all the better for someone like me. Songs have a heavier hand on the bass and guitar, and a more even relationship between those and Robert Plant on vocals. Even on the songs that focus his voice ("The Lemon Song") there is still something happening, on that particular example, a moving bass line, roaming back and forth. I think the singles/radio songs are much stronger on Led Zeppelin II, but this leaves the songs in-between to suffer a bit. Where in their debut I only thought the pair of ending songs were a bit lagging, for their sophomore release the weaker songs are mixed within a bit more. But on the flip side, it also contains one of my favorite songs by Led Zeppelin: "Rable On." I just like the story, the mix of the simple instrumentals of the verses with the jamming-hard rock of the choruses. 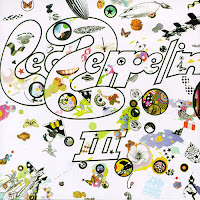 Led Zeppelin III - 1970
Three albums in two years is kind of impressive, especially when compared to today's collection of artists (most of whom release an album ever four years or so). Led Zeppelin III is the most diverse and compositionally complex album that the band has released so far, and while having a range of styles is good for any act, when compared to the earlier two album, III loses some of its steam. There are still the hard rockers; "Immigrant Song" and "Out On The Tiles," the blues-oriented ones; "Since I've Been Loving You" and "Gallows Pole," but now is an added folk influence that takes over most of the record. While songs like "Celebration Day," "Bron-Y-Aur Stomp," and "Hats Off To (Roy) Harper" are all delicate musically entertaining, they don't really match up with other Zeppelin releases and fall short because of it. I like folk and I like when bands branch out but for the forefathers of metal, they need to keep to the harder stuff, they pull it off much better. 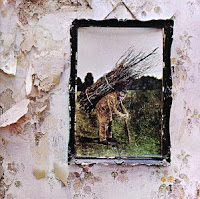 Led Zeppelin IV - 1971
A really great follow-up, Led Zeppelin IV shows that somewhere out there, someone agrees with me. That this band is best in their hard rock vein, but also can put out some sweet folk/alternative. This album regains more of the heavier elements of the first two albums, while containing some of the influences that they played around with on the third. Zeppelin standards "Rock And Roll" and "Black Dog" are here, in their metal-ish fury, while holding on to the folk sounds with "The Battle of Evermore" and "When The Levee Breaks." The real genius of this album, and the number one well-known Led Zeppelin song, is (of course) "Stairway To Heaven," which in a very Queen way (even though it predates Queen by two years) combines heavy metal and folk into something amazing. I know you know the song, and so there isn't any need for me to go into it very much, but I have to say that the combination of an acoustic beginning and the metal ending is really amazing. And then there is the twisted story, and we all know how I like my narratives... simply amazing.
By The Klepto at 12:00 PM
Email ThisBlogThis!Share to TwitterShare to FacebookShare to Pinterest
Tags: *Retrospective, #Proto-Metal, ^Classics, Led Zeppelin