Part two of 3's discography, this time with a little bit more emotion and strength behind most of it. Make sure you caught part one! 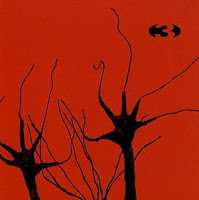 Wake Pig - 2004
2004 brought about a new album and a resurgence of the heavier and angrier sound that 3 does so well. Wake Pig was the first album from the group that I heard - I don't even remember where I got the disc, but I think the album artwork had something to do with initial discovery - so I may be pre-disposed to this musical outlook over anything else they have to offer. Regardless, it's what I think they pull off the best, their mix of angsty vocals, weaving bass and drums and some of the most amazing finger-picked guitar I've ever heard (just listen to "Bramfatura" for that little example). Even though I've been listening to this album for five or six years now, I still get excited when "Alien Angel" pops up on my iPod, with me belting out the words at the top of my lungs at each opportunity. "Alien Angel" and the title track weight-in as the winners of the album's heavier songs, with "Trust" and "Dogs of War" being much lighter of touch, but equally enjoyable. Wake Pig being my first taste of 3 will always taint the others a bit I fear, well except those that follow a similar concept at least (see below for more on that). 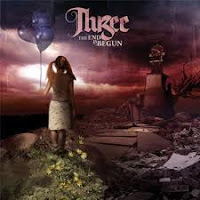 The End Is Begun - 2007
3's darkest, their heaviest, their most sophisticated when it comes to guitars, and unsurprisingly, my favorite album of their career is The End Is Begun. This album really brings up the level of the superb songwriting skills of lead singer, Joey Eppard, and my previous mention of the guitar picking skills of "Bramfatura" from Wake Pig is magnified ten-fold throughout most of this release, as made prevalent in the opening tracks ""The Word Is Born of Flame" and "The End Is Begun." The best songs of the release are those two as well as "All That Remains" (I've been singing that one all day), "Serpents in Disguise," "Been to the Future," "Live Entertainment," and ""These Iron Bones," the last of which is one of my favorites from the group as a whole. This also is an album of almost all new songs, with only "Been to the Future" appearing on Eppard's solo album (of which I really want to hear), going back to the formula of Summercamp Nightmare. This is the way I would like the band to say, full of emotion and strength, but not getting too bogged down with solos or hate. The band plays as one cohesive element, with no instrument or section taking lead over any other. This really is their masterpiece, and I'd love to see more like it. 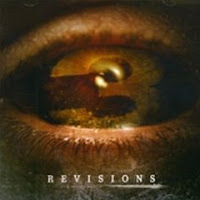 Revisions - 2009
Their latest release, Revisions, was a major let down. After the stylistic progressions that 3 made with Wake Pig and The End Is Begun, I (as well as many fans) expected another step into the heavy, the metal, the progressive (not necessarily in that order). Instead we got a two-step backwards collection of re-recorded material - some from previous albums, and some that were B-sides. My problem with this disc is not that it's not any truly new material, it's that the songs on here are all taken (or seem to be anyway) from an era of a lighter style of 3's work. Actually, looking into it, I see that the majority of these tracks predate Summercamp Nightmare as their composition time, with only one ("Lexicon of Extremism") from right after Wake Pig's release. Five of the eleven tracks must be from demos or something because they were originally from 1998, which is before the group released their debut album, Paint By Number. The songs aren't bad in themselves, in fact some are quite good, it's just after the progress that the group has made in recent releases, Revisions seems like a cop-out and a lack of true ambition.

3 is a great band with amazing promise and potential. Although their latest was a bit of a bust, their previous works are some of my favorite releases of the decade. I look forward to their sixth album, The Ghost You Gave To Me, due out sometime later this year (September I believe). I hope it skips over Revisions and continues on (at least in style) with The End Is Begun. Trust that there will be a review on the subject to let you know one way or another.
By The Klepto at 12:00 PM
Email ThisBlogThis!Share to TwitterShare to FacebookShare to Pinterest
Tags: *Retrospective, #Alternative, #Progressive Metal, 3