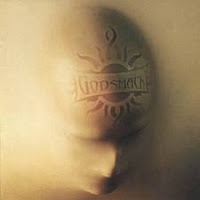 I almost didn't have anything for today, I could not for the life of me figure out what to write about. I didn't feel like a review of something new, I just did an 'All In The Family' and I've been working on Queen's A Night At The Opera for a new 'Favorite Albums' but it's got a long way to go. I was afraid that I would of had to put up a video or some stupid current events or something. Then, while I was driving to the store, some 90s alt-rock song popped up on the radio, and it reminded me of Godsmack, and how they were a guilty pleasure of mine. This thought process led to the new segment about my guilty pleasure bands, songs, and albums. Seeing as I grew up in the 90s, it'll probably contain mostly artists from that era, and mostly consist of alternative or (gasp) nu-metal. I know, I know! I said the 'Nu' word, but that is what I listened to as I grew up (check out The Times, They Are A-Changin' (Part 2) for more info), so that is what constitutes as a guilty pleasure to me. This is broken up into two halves; Then and Now, which will give what I remember loving about the album, and what I think about it now, comparing the two thoughts. Let's give it a try.

I wouldn't say I grew up with Godsmack, mostly because their debut album wasn't released until 1997, and I was eleven at the time, but my Dad did own their debut (mostly for the song "Voodoo") and their follow-up, Awake, so I was introduced to the group from the beginning. I heard the singles both on the radio and at home, I learned most of the songs and lyrics to the first album, mostly on road-trips with the old man, so I knew it all pretty well. Then they released their third album, Faceless, and my enjoyment of them came to a new level. 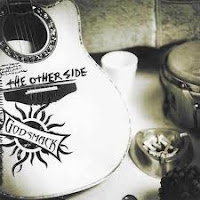 See, Faceless came out in 2003, which was the beginning of my junior year at high school, I remember that it was the beginning of my junior, and not the end of my sophomore, because I recall walking the halls blaring this album with my CD player, that and listening to it in art class - as long as were are doing art, my teacher didn't care whether or not we listened to music, pretty sweet - so it's actually pretty well burned into my mind. So it came out in '03, which means I had to have bought it with my own money (I'd had a job for about three years at that point), and it was one of the heavier albums I had at the time.
Looking back, there wasn't a lot of competition for 'heaviest band' in my collection. I had my Dad's Manowar and Type O Negative albums, but as far as my collection was concerned, my favorite bands were KoRn and Disturbed - Limp Bizkit was already passe by this point - which were/are not that heavy overall. So Faceless took over my world as heavy metal for a year or two.

I was really into the album, and the band, so much so that I burnt myself out really quick. I listened to Faceless pretty much every day, then one of my friends let me copy the acoustic EP The Other Side - which I loved - and that was added to the limited rotation I had going there (finding their cover of Black Sabbath's "Sweet Leaf" from Nativity In Black II didn't hurt either). With all of this I was done with the group by the time IV had come out two years later. I might have listened to it two times in the past four years, and can't really remember any songs off of it or have any memories attached. 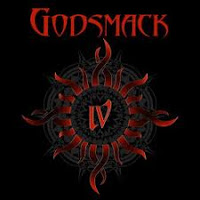 Listening to Faceless again, first time in over a year (my iTunes said it's been sense March of last year), I am hauled back into my youth. These songs still remind me of the walls of my high school, and this pretty little thing I used to hit on in art class (still talk to her, but she's married now, not that this matters at all within this story). I still find this album enjoyable, and these songs are some of the heaviest of Godsmack's career (again I don't really remember IV or their latest, The Oracle, too well) and so, they get my head bobbing a little bit.

Songs that I will always like: "Straight Out Of Line," "Faceless," "Changes," "I Stand Alone," "Re-Align," "I Fucking Hate You," and my favorite song by Godsmack, "Serenity." Every time I watch the TV series Firefly or the accompanying movie, Serenity, I can't help but wonder why they wouldn't choose "Serenity" as the theme song, or at least contain it somewhere within. I hope it was because of the licensing issues, and not just because the people of Fox (and whomever made the movie) didn't even know it existed.

The songs I loved back then I still enjoy, and the tracks I thought were so-so in 2003 still strike me as alright. I still remember the words to most of the songs (the ones I loved anyway), or at least know the guitar melodies to them all. I doubt I'll ever jump up and down when I hear Godsmack on the radio, or rush to buy one of their albums again, and I know I'll never pay to see them live, but they will always have attention at least somewhat, if only for their first three albums (and that sweet EP).
By The Klepto at 12:00 PM
Email ThisBlogThis!Share to TwitterShare to FacebookShare to Pinterest
Tags: *Guilty Pleasures, #Alternative Metal, Godsmack