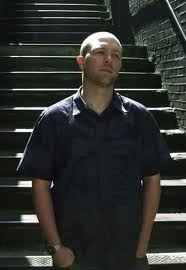 I am really enjoying listening to this man's discography! The man in question is Ben Sharp, a man from Columbus Ohio, who writes and records instrumental progressive metal in his free time. You see Ben here has a day job. He has no want to tour or to sell physical CDs. He likes his life and he views music as a hobby, not a career. You got to respect a man like that, he knows just what he wants out of life. But don't let that deter you from listening to his works as Cloudkicker, that should make you want to hear it more! Here is a man who is solely about the music, with no hidden agenda of fame and fortune (well maybe fortune, you can pay for his tracks). You see, as I've already stated, I discovered Cloudkicker on bandcamp.com, where you can get his entire discography for free - you can also pay for them, but it's a pay-what-you-feel kind of thing. It's all very amusing, and did I mention the music he puts out is great?

Cloudkicker is an instrumental progressive metal band in all the right ways; it's not boring and repetitive and the songs change styles slightly from one track to the next. I like instrumental tracks, but very few instrumental bands can hold my attention all the way through an entire album. Often times I can only listen to a few tracks and then I have to move to another band or I zone the rest out. So far I've only listened to the various EPs (3 of them), but that hasn't happened. As I said he keeps the music fresh; within the same album there is a song that sounds thrashy, another one that is psychedelic and spacy, and one that is good old-fashioned prog. Even throughout the song the sound changes. These aren't instrumental songs that are built in the same way as vocalized songs; where you can tell where vocals are supposed to go. These are songs that have many changing melodies, tempos and styles - some which are only around for four bars - which help keep it all fresh. 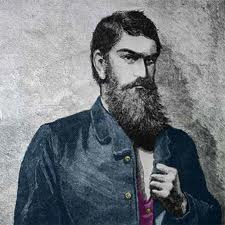 Sharp stated in an interview that he "...gets bored listening to a hour of instrumental music..." and so he puts out frequent EPs, both to combat the boredom from instrumentals as well as be able to "...always have something relatively new out." I like this concept,and it mirrors my own feelings about the subject. He also has two full-lengths out, which I will get around to listening to (most likely by the time this article gets posted, I have a four article cue going on), but I am liking the EPs. They let the various different styles of the artist out without hampering him into any one corner. For a man who is doing this all on his free time, and all for free, I'd like to see more EPs and less LPs, but that's just me. As long as he keeps putting out new music I'll be fine.

Cloudkicker is an instrumental progressive metal band for people who love progressive but don't care much for instrumental. His style is fresh (I keep using that word and I don't know why), constantly changing, and - better yet - it's free! This is a man following his dream, damning all else. I would love to do something similar. So if you ever get around to reading my tiny little blog, Ben Sharp, Mr. Cloudkicker, please tell me what you use to record, and how you use it all. I'm a big fan of your work and style, as if you couldn't guess. And please grace us all with more recordings, we all need something new like you from time to time.
By The Klepto at 2:36 PM
Email ThisBlogThis!Share to TwitterShare to FacebookShare to Pinterest
Tags: *New Band, #Djent, #Instrumental, #Progressive Metal, ^EP, Cloudkicker

A little heavier than what I normally listen to, but fuck - I liked it.

His EPs are better then the full-lengths. They are much more varied in their sound. The LPs fall into the problem many instrumental bands have.
Thanks for reading/commenting