For this week's 'EP Shakedown' I'm going to double up with a pair of EPs released by Bandito, aptly titled Bandito I and Bandito II (or just I and II but I like having the name there). You can download their most recent EP from their website, or get their entire discography (these two EPs and a single) from their BandCamp page. So snag some free music, give it a listen and read on. 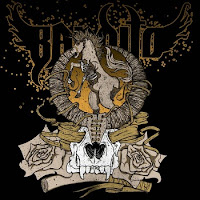 Bandito treads between a couple different sounds within the stoner genre. Their first EP opens with "For No One" which is close to the harshness of Hermano or the raw sound of Kyuss' early works (wow a stoner band that sounds like Kyuss). The following song, "Trent Boyett," is something much more groove oriented. I do have to laugh because "Trent Boyett" seems like an obvious homage to a South Park episode, I'm not 100% but it seems to be about a child always in trouble, which sums up the episode pretty well. The other two songs of the album are in a more sludgy realm, being more down-tuned and rough-vocaled (but not too growly). "Killing Black" and "Cubic Cycle" are both decent, but I definitely like their more groove/funk songs more.

The two EPs do have a seamless transition between them, which is really cool. I had them set up to both play back-to-back and you would have no clue where one ended and the other began. The songs are even of the same style of stoner, that gritty, guitar-heavy style, with semi-screamed lyrics but still understandable. It's kind of rare to have a band not only release two albums two years apart that sound like they were recorded from the same session, but for two EPs? That is pretty much unheard of. This is the time where the band is still discovering themselves, experimenting with style and sound. This is very interesting too me. 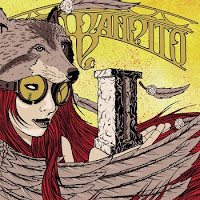 Anyway, as I said Bandito II begins right where their debut left off, in that semi-sludge sound with "Thousand Hands." Still not bad, but not their best. The following song, "Nothing Good, Nothing Bad" is a return of the groove, and is a really great song. Somewhere between a drinking song and a 'life could be better/worse' the song has a great rhythm and a simple but effective drum beat going on throughout. The following song, "Dead Man Running," still keeps up the groove, but this time incorporates some more of the raw edge that was seen at the beginning of Bandito I. This theme is continued further into the final track of the second EP, "Just Business," coming off as a raw rock n' roll song, something that works really well in conjunction with each other.

Really, these two EPs sum up to one line: I would listen to more of this. Bandito's particular style is varied enough to continue to be interesting, while not going too far into any one direction to ostracize any fan of stoner. I could easily hand a full-length album by these guys, hell I put the two EPs back-to-back and it all seemed better for it. Putting four together seems like it wouldn't be any more of a challenge. I hope Bandito releases something more, and soon. I could easily see this band becoming my new stoner act to jam out to.
By The Klepto at 12:00 PM
Email ThisBlogThis!Share to TwitterShare to FacebookShare to Pinterest
Tags: *EP Shakedown, ^EP